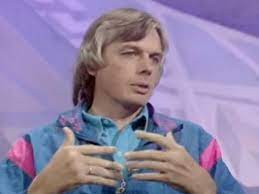 In my view David is the "Court Jester" without the humour. He has and continues to be used but I get the feeling he doesn't realise it or maybe doesn't want to realise it. He states a lot of extremely poignant truths but then looses the plot. For example, before meeting Vusamazulu Credo Mutwa who allegedly had connections to the CIA, what David Icke said was logical. Then Icke looses the plot waffling on about prominent people shape shifting.
The point I'm getting at is David Icke is very useful to the controlled opposition brigade. I think, deep down, he is a good man. The controlled opposition are psychopaths (NOT David Icke). Whenever a psychopath's plot is revealed, they always accuse the accuser of being mentally ill, a loony! Psychopaths are also obsessed with collectivism, that they control, and pigeon holing everyone into "Communities." Therefore anyone who follows David Icke can easily (wrongly) be pigeon holed as an outrageous conspiracy theorist and loony! David had to be made to look like the loony first, hence he was easily allowed onto the mass controlled media.
I question if the CIA or UK Secret Service may have had something to do with him looking as if he were drugged or hypnotised when he appeared on Wogan? He was wearing a purple tracksuit and speaking as if he wasn't the full ticket! I haven't any evidence to support my observation but it would add up.
Posted by Tax Slave at 17:47