Kosher Kate and the Media Extravaganza. 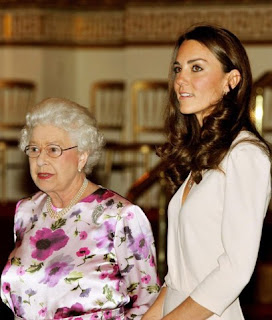 Kosher Kate has given birth to a bouncing baby who will grow up to be yet another parasite.

Put simply Kosher Kate gave birth (or someone else did on her behalf!). Birth is natural; it happens throughout the world, if it didn’t, we wouldn’t be here! End of story! It continues to amaze me how the contrived news media can make something out of nothing. Throughout the day they were waffling on and on and on about virtually nothing at all! It’s a wonder they didn’t have a royal watcher reporting on the time she went for a dump!

When Big Ears Charlie Boy entered the arranged Diana marriage I remember they had a special news flash to tell everyone Charles had slightly stumbled up one of the steps of St. Pauls Cathedral. If he had fallen arse over head that would have been real news, but no it was just a very minor stumble.

At the time I was watching a documentary that was just coming to a conclusion. Suddenly the programme stopped and on came a very solemn faced newsreader. I thought something major had happened!  The news flash was about big ears stumbling on the steps of St Pauls. They showed his slight stumble in slow motion, then backwards, then from different angles. It’s a wonder that didn’t report on him breaking wind! After about five boring minutes of that rubbish, they went straight onto another programme! I never found out what the conclusion to that documentary was and was furious!

It is assumed everyone is behind the royals; it’s an airwave dictatorship. More so now than ever before, it is increasingly difficult to get away from it! I find it claustrophobic and very disturbing how the controlled media latches onto it. 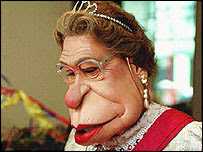 In reality it is all a sick illusion in order to keep the royal freak show going. The fact that the royals are a product of in breeding to produce a line of psychopaths is conveniently lost in the script. Psychopaths look upon normal people as dirt beneath them and the royals certainly make that known, especially the queen! Their vast wealth was acquired by bloodshed and fraud and the myth they are above other humans because an invisible man says so. The deception has worked for centuries and continues to reinvent itself in order to present a fantasy image that is more palatable for the gullible masses.

As tidal waves of people are waking up, the controlled media seem to be pulling out all the stops to stifle it.  To me, it seems like desperation. I’ve never known such royal coverage for what is simply a birth.

When Kosher Kate had morning sickness could those Australian news reporters have stumbled upon something? I don’t believe that nurse committed suicide; she knew too much and had to be disposed of. I question who the REAL father is? Whenever a lie is told, it is over emphasised. The entire birth has been stage-managed and has all the hallmarks of an establishment cover-up. Only time will tell.