The War Justification Industry by dm_5096bd8bde1c2

Wars are psychopaths’ playgrounds. Psychos thrive on creating suffering and tension. They can’t live without it hence reason we go from one artificial crisis to another.


Very few psychopaths actually kill; only the very lowest levels do. The majority are brilliant manipulators whose ruthlessness has no boundaries. They easily recognise each other and look upon the rest of humanity as dirt beneath them. The royals are a typical example. They interbreed especially to produce psychopaths whose ruthlessness throughout the centuries has 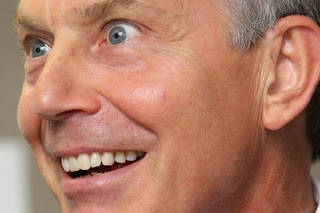 
A prime minister has to be a psychopath, no decent honest normal person with a conscience could do the job. Prime Ministers or Monsters not only commit fraud but also treason by increasing taxes to pay their Rothschild masters. They live a continuous lie.
The banking system is a fraud – countries can print their own debt free currencies. Britain did in 1914 it was called the Bradbury. The banks’ political puppets promptly stopped it. Stopping the Bradbury created an enormous war debt; exactly what the banks wanted.
The climate change extravaganza has also been proven to be a tax collecting moneymaking fraud based upon Mickey Mouse science. Real scientists are fearful of speaking out  as they would be publicly humiliated and have their funding stopped. They are financially forced to toe the line.
It has also been proven that terrorism is state sponsored. Wars and false economic crisis are good for banks; that is why it is in their interests to have them. The survival of these illusions relies upon the ignorance of the masses. A smug controlled media hypnotises the populous into submission. To question the status quo is to be pigeon holed as a Conspiracy Theorist. Psychopaths are obsessed with mental illness and use the threat of being labeled "Insane" to maintain control. 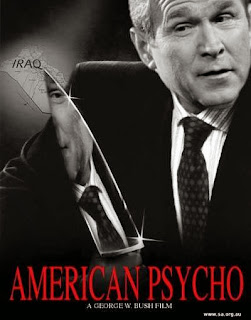 If humanity has any chance of survival it’s essential to realise psychopath bankers whose puppets are the egotistical psychopath political leaders, rule us.  We are given the illusion of democracy when in reality it’s nothing more than exchanging one psycho illusionist puppet with another. The system is geared towards the most ruthless succeeding and/or those with a hidden past that can be easily blackmailed.


Psychopaths do not have a conscience; the majority have strange sexual habits and are bi-sexual. Hence reason for their obsession with sex education in schools and graphic sex and violence in the media.
The House of Commons is more like a freak show than a place where they should be working for and on behalf of the populous. The constant monitoring of the population via endless forms and security cameras is designed to create suspicion. Distrust is all part of the psychopaths method of control. They are also intrigued with our behaviour; they look upon us as laboratory animals.  They are unable to have the same emotions as us and simply cannot understand love and compassion. They act as if they have emotions, they are brilliant at it, but they tend to over act.

Psychopaths believe they are superior to humanity.  That smugness permeates down through the mass media. It’s intoxicating and appears to infect most of society. Psychopaths are able to infect the minds of the masses. That is how Stalin managed to murder between 60 to100 million people. Stalin used neuro linguistic programming to get non-psychos to kill.


There may be a few good MP’s but I have yet to find one. If they don't know about the financial fraud, they shouldn't be an MP. If they do know about the fraud, they should be put on trial for Treason! Most MP's sniff the air and get on a bandwagon. They give the impression of wholeheartedly supporting a cause. Then, without a hint of conscience, most will drop whatever they were supporting and get onto another bandwagon simply to fuel their ego. Charity is a perfect cover for their evilness - where there's a major charity, there's a psychopath!
In order to identify the psychopaths it’s essential we don’t start a witch-hunt.  We need a system whereby the psychopath is isolated. That can only be achieved by education and making people aware of what is really ruling us. As said earlier, the monsters in power are really selected via a banking dictatorship that goes under the illusion of democracy.  If we had a real democracy, we would have our own debt free currency in circulation. Inflation and poverty would be confined to the history books. Above all, there would be no need for war. That may sound idyllic but once we have thrown off the shackles of several millennia of psychopath rule, we would discover real freedom and individuality.


At the moment society is like an abused puppy that has been continuously kicked and tortured. The emotional scars are deep and emerging from the current psycho hellhole will take several generations to recover.
Ruling psychopaths biggest fear is a mass awakening, hence they are doing everything in their power to prevent it. They are endeavouring to destroy the truth movement from within. Heightening world tension keeps people in fear. Collapsing economies and creating shortages also keeps the populous in line. In reality there is no shortage of food, again it’s stage-managed.
If people really knew the truth, lynch mobs would storm Westminster! The powers that be are fully aware of this. That is why they are so neurotic about security with armed
police protecting them and a myriad of underground escape routes. I sincerely hope there is NEVER mob rule and would like to see those in the House of Commons peaceably rounded up and put on trial under the 1848 Treason and Sedition Act. I Don't believe in capitol punishment as it's not only barbaric but also pointless when dealing with psychos. If alleged War Criminal Tony Blair were put on trial tomorrow, if convicted he would go to the gallows convinced he was innocent. Psychopaths believe their own lies and reinvent themselves. A far better way would be to place them on an island to live out their lives away from the rest of humanity. It should be remembered it would take a psycho to hang a psycho! People with a conscience couldn't do it!
It's doubtful though the current Westminster criminals would ever be caught. They would simply vanish. Psychopath Churchill had an escape route worked out and
would have escaped to Canada, his hideaway is now a tourist attraction. No doubt traitors Blair, Cameron, Clegg and the rest of the rotten core have a similar escape plan.
During this time of remembrance let's reflect upon who the real enemy is. Not ordinary folk in foreign lands, but home grown psychopaths. Until people throughout the world wake up to that fact, I see very little future for humanity.

I am currently writing a book about Psychopaths based upon personal experience of encountering them and many years of research. It should be complete just before or after Christmas.
Posted by Tax Slave at 15:42