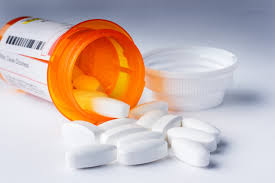 The pharmaceutical mafia is nothing more than a religion that, along with the mainstream Rothschild owned "news" media, has managed to convince people that ingesting toxins somehow makes them better! It's rather like a dodgy used car salesman convincing someone to buy a death trap wreck of a car!

When my father was in hospital I was shocked how ignorant doctors were. They knew nothing about vitamins and had a claustrophobic mindset on a par to someone that has been taken over by a cult!

Few people realize the real reason why the NHS was set up. Those of my parents generation looked upon it as a life saver. They previously experienced a fully private health system that only catered for the rich. Everyone else either had to rely upon means tested charity or died! Somewhat like today!

The real reason the NHS was set up was for the military and industrial profits! The military wanted fit canon fodder. During WWII it got to the point where there were so many unfit men being rejected when conscripted they lowered the medical requirement to a point where if you could walk unaided, you were fit enough to fight in the war!

A relative of mine had one eye, he lost his eye when young due to an accident. Anyone would have thought it would have excused him from compulsory military service, but it didn't! Just at the end of WWII, he went into the Royal Corps of Signals - yes with only one eye!

The life expectancy of a front line infantryman during WWII and the Korean war in the early 1950's was short. Provided the Infantryman served their purpose, that was all the authorities were interested in. Their long term health was of no interest whatsoever. Hence we have toxic mercury fillings, babies vaccinated with a chemistry set of toxins, the list goes on. Vaccines and mercury fillings came in, big time, when the NHS started.

As the manpower requirements of the army have dropped, along with it has come the erosion of the NHS. The graphs run almost in conjunction with each other. As the military requirement has dropped off, so to speak, so as to maintain corporate profits vast sums have been invested in keeping people alive long enough, but not curing them, so they become a nice little earner!

Large corporations made a fortune out of WWII. In the aftermath they  risked loosing a considerable sum. Hence reason technology originally designed for weaponry was adapted for medical use, such as nuclear medicine.

When the NHS was set up in 1948, all previous natural medicines that were widely used were thrown out and natural remedy textbooks were destroyed. A lot of natural medicine knowledge of the late 19th early 20th centuries has been lost forever. The news media sprang into action to deliberately make natural medicine look like quackery. The results of that propaganda clearly be seen today.

I'm all for a health service that's free for everyone, but equally I'm for a health service that's there to cure, that uses tried and tested natural medicines that usually cost virtually nothing to produce. Also it's important to look at people as individuals and not slabs of meat as they currently are. Hospitals are run on industrial lines and it's nothing more than conveyor belt toxic medicines, one size fits all! Compassion, kindness and above all caring are words that are alien to the modern industrial world of the profit motivated corporate medicine machine.

Sadly, so many people are brainwashed by the political egotistical psychopath elite that convincing the overall majority of people they are being lied to and slowly killed by pharmaceutical toxins is on a par to trying to nail jelly to the ceiling! People generally only wake up when they lose a loved one, it affects them or when it's too late!
Posted by Tax Slave at 17:59