State Kidnapping of the Elderly. 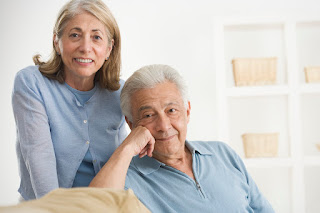 Spurious unsubstantiated excuses are given by the authorities to forcibly place the disabled elderly victim into a care home. A member of the team is currently looking into the deliberate splitting up of an elderly married couple, by the authorities, when one of them became disabled.

Apparently the authorities are now forcing carers to attend courses to see if they are competent enough to care for their disabled relatives. The state is intruding more and more into our private lives. I’m currently looking at a case where a disabled elderly lady was forcibly placed in an old folks’ home. The authorities refuse to give a reason to her loving daughter who was her full time carer. The mother doesn’t want to be in the care home and the daughter doesn’t want her to be there. It’s causing enormous distress and heartbreak.

Whenever the establishment start making up the rules, follow the money trail and you eventually find the answer. Similar to the adoption racket where children are forcibly taken away from responsible caring and loving parents, it’s to do with money. Once a person is admitted to a care home it appears near impossible to get them out. That is unless the carer has a lot of money and can afford the extortionate private fees and therefore has choice whether they stay there or not.

Care homes make a lot of money and the last thing they want to do is loose their profit making assets ie the people they are supposed to "Care" for. Hence the reason the establishment appears to be kidnapping the frail and elderly. Muddled in with this enterprise are the Westminster government gangsters. So called independent newspapers, relevant charities and so called "Independent" ombudsmen are, I believe, nothing of the sort. It is my belief they are part of the big consortium whose job it is to gloss over the real issues and fob the public off in order to cover up the real agenda. The goal of the global elite is a police state. Along the way it involves massive population reduction so as to enable the chosen few to ultimately live in the lap of luxury whilst being waited on by slaves that don't realize they are slaves. Part of the plan is to get rid of the elderly, the frail and weak whilst extracting as much money from them as possible. Stalin called the elderly “Useless Eaters.” It is obvious to me the current ruling elite are of the same mindset.

There are some well meaning people left in the NHS and SS (Social Services), but they appear to be getting squeezed out or have had their minds altered by the numerous NLP (Neuro Linguistic Programming) courses they are forced to attend.

Research into this matter is ongoing but we appear to have uncovered yet another example of the police state we now live in. What we have discovered so far appears to be the tip of the iceberg. The former Soviet Union KGB’s subversion plan continues to work like clockwork. Kidnapping elderly disabled people appears to be yet one more piece of the jigsaw that gives us a clearer picture of what the hidden agenda and ruling elite have in store for us. They have stolen our material assets; in reality we don’t own anything. Now they are going for our loved ones.

What I have said may sound like some madcap conspiracy theory until looking into the facts. The data coming in cannot be ignored and appears to be widespread. It is the thin edge of the wedge. They are kidnapping our children and kidnapping the frail and elderly. The next stage is them coming for us. I don’t want to sound neurotic but I wonder how many people that question the establishment will be forcibly locked away, in a privately owned profit making prison / mental institution, without any official explanation. I’m beginning to see this happen. The arrest and imprisonment of Robert Green, now released, and Roger Hayes are typical examples. The silence in the mainstream media regarding those cases is deafening.

What happened in the former Communist Soviet Union and East Germany is happening here in Great Britain today. The only difference is today’s generation of psychopaths have learnt from a previous generation of psychopaths how to do it more efficiently without hardly anyone noticing. The populous are now too distracted with doom and gloom regarding the economy and illegal overseas wars to worry about the erosion of their liberties. Unemployment and state sponsored terrorism is used to create fear and suspicion, the magic ingredients for all totalitarian societies. Distractions such as reality TV (usually far from reality), soap opera pap and the constant promotion of homosexuality are designed to work on the viewers’ subconscious. The fact that we are being robbed by a fraudulent usury system that is reliant upon ignorance of the masses to survive is hidden behind a façade of contrived political drivel. Politically correct talent less unfunny comedy and disinformation about so called climate change are all part of the cultural cess pit that’s supposed to entertain and inform. The latest television distraction is the satanic rituals otherwise known as the Olympics.

The constant stream of mindless bovine excrement is designed to manipulate and socially engineer the unsuspecting public. Propaganda is now so efficient that people refuse to believe what’s really going on, even though the evidence is directly in front of them. It will only occur to them that something is wrong when the establishment jackboot is firmly pressing down upon their face. The majority of humans only wake up to what’s really happening when it is physically proven to them, by which time it’s too late. History proves this and will continue to do so unless we wise up to the mindset of the psychopath. Refusing to go along with their controlled media and starting to think for ourselves is what they fear the most. It’s starting to happen. For the sake of humanity and future generations let’s hope the psychopaths’ empire collapses like a house of cards.
Posted by Tax Slave at 18:37