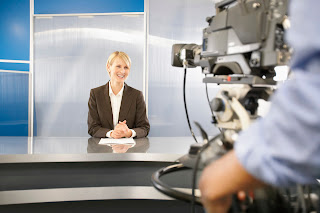 The mainstream media is nothing more than a mouthpiece for the government gangsters and their puppeteers that financially enslave us. Mainstream medias' job has always been to keep the populous in ignorance of the usury scam. Tune into the BBC or ITV and you will be presented with political drivel that's nothing more than a Punch and Judy show thats designed to give the impression of democracy, that in reality isn't. If we truly had freedom we would see the buffoons that are supposed to be running this country in handcuffs, in court, charged with treason and crimes against humanity. Along with them would be corrupt Senior Civil Servants, corrupt Judges and the entire criminal elite that have not only been living off the lucrative gravy train but have been instrumental in turning this country into a police state.

With the exception of a few truly independent media outlets that have, over the years, endeavored to promulgate the truth, the masses have always been brainwashed by the hidden elites' illusionist act. "Charity" is the latest scam, where major so called charitable organizations are, in reality I believe, propaganda agencies whose real purpose is to further deceive people by pushing through the elites' agenda in a cuddly, fluffy, smiley smiley way. If truly independent media outlets have ever posed a threat to the hidden agenda they were either infiltrated, taken over, or put out of business. Many major "Charities" have also been subjected to such manipulation. A typical example was the creation of the British Legion in 1921. Militant World War One Veterans' associations were springing up throughout Britain, posing a threat to the ruling minority. They were promptly infiltrated and pacified then merged into the alleged government run British Legion whose real purpose, I believe, was to steer the masses away from the truth, whilst giving the impression they were a voice for the veterans. A brilliant example of mass manipulation. Nowadays truly independent media is even more in the minority than it ever was. The first Director General of the BBC was Lord Reith. Prior to being put into that position in 1927 he was the Governments' propaganda writer during the 1926 General Strike; need I say more!
Posted by Tax Slave at 11:07