Many World War Two Veterans have a question that’s so simple even a career politician could understand it, but the answer is either avoided or deliberately misinterpreted. 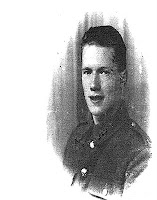 Those that saw excessive action, during World War Two, often returned from the front physical and mental wrecks. Maintaining a disability pension necessitated regular attendances at notorious medical boards. It was an appalling system where every effort was made to terminate pensions. This hidden injustice was quietly recognised by the government in the late 1980’s but veterans that reapplied for their pensions could NOT claim back pay.
Not all ex-service people support a major veteran’s charity. Many that rarely get a media voice can see through the hype. An organisation that’s supposed to support war veterans should be a thorn in the side of all governments, not act as their glove puppet as they currently do! Over the years successive governments have been let off the hook by a “Charity” that’s nothing more than a mouthpiece for the military and P.R department for the authorities!
Disabled veterans now face an N.H.S., that’s died and has all the signs of rigor mortis setting in! Balance book conveyor belt medicine has turned patients into consumers and sickness in pharmaceutical profits. A healthy bank balance ensures prompt service whilst the remainder endure cutback and waiting list culture. Sons and daughters often provide for their parents old age, giving care and financial support, sometimes to the detriment of their own future.
Epigenetics is revealing how children of veterans who suffered severe shell shock can be affected. Disabled World War Two Veterans were conned out of their war pensions, conned out of a decent wage and are now conned out of a health service. To pacify the masses, government image makers have turned neglect into a benevolent patriotic military promotion exercise, another con! The wartime generation fought against tyranny to maintain democracy, but their democratic rights have and continue to be denied by a consensus that’s not decided at the ballot box. The simple question is why?